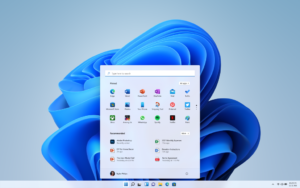 A slew of once-hyped Windows 10 features and a handful of apps will vanish along with the Windows 10 upgrade. A few of the changes are simply formal statements of product decisions that have been in the works for a long time.

The most surprising is the removal of the Timeline feature. Windows 10 users who sign in with a Microsoft Account will no longer be able to upload new activity in Timeline as of July 2021. But the feature will be deprecated completely with the Windows 11 upgrade.

Changes to the Start menu and Taskbar: With the new Start, you won’t able to create named groups and folders of apps. As for the taskbar, Microsoft is taking away the People icon and also removing the ability of developers to build taskbar customizations into apps. You also won’t be able to move the taskbar anywhere to the top of the display or either side with the new dock-style user experience.

Desktop wallpaper will also no longer roam between devices when you sign in with a Microsoft account.

In Windows 10, apps can display Quick Status on the lock screen; in Windows 11, that feature and its associated settings are removed.

Tablet Mode will also disappear in Windows 11. For devices like the Surface Pro that have detachable keyboards, Microsoft says it will add new functionality for “keyboard attach and detach postures.”

For PC owners who use the Touch Keyboard on devices with screen sizes 18 inches and larger, Windows 11 will no longer dock and undock those keyboard layouts. And the Math Input Panel is also slated for removal. Its features will be replaced by a Math Recognizer app that installs on demand.

In one of the most confusing announcements on the list, Microsoft says it’s changing the name of the Snip & Sketch app to Snipping Tool; the legacy app that previously went by that name is vanishing.

And finally, a handful of apps that are now part of Windows 10 will no longer be installed on new devices or with a clean install of Windows 11. The list includes OneNote for Windows 10, 3D Viewer, Skype, and Paint 3D. Those apps won’t be removed during an upgrade, and they’ll continue to be available for download from the Store. However, the Wallet app will be removed for good.