Chip Shortage Affect on IT Operations 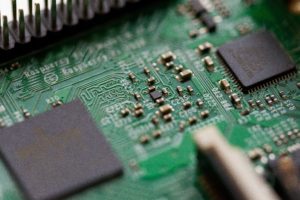 The price of laptops and network devices have increased in recent months; this is due to the chip shortage impacting the supply chain of electronic companies. This shortage will likely become worse before it is resolved, so if you are planning to acquire new computers or devices before the end of the year here is what you should know:

So why Don’t We Have Enough Chips For Cars And Electronics? There are currently not enough semiconductors to meet the world’s demand, and this issue will likely continue. This can affect your business in several ways:

Semiconductors And Their Crucial Role In Electronics & The Chip Shortage

A semiconductor is an electronic component that regulates electricity and reacts to heat, touch, and light. They are a critically important component; without a semiconductor, you cannot build most modern electronics such as computers and TVs. There are production facilities worldwide that create these semiconductors; the largest of them exist in the United States, Taiwan, Japan, and China.

Right now the world is suffering a major shortage of this component. The industry has been hit with a collection of bad circumstances over the last 18 months.

Chip makers that have had the ability to resume manufacturing have done so, but there are still several hurdles slowing down production:

Other chip makers are still waiting on returning to their factories and cutting back production due to this. Without certain materials, manufacturing can not keep up. For example, General Motors had to cut its production of cars due to the availability of chips not meeting their manufacturing requirements. This shortage could cost the auto industry dearly in revenue.

The shortage has a major impact on automotive and manufacturing businesses, but the shortage of computers that comes along with this has a profound impact on all businesses. Lenovo, Dell, and HP have said they must raise their prices due to high demand and low chip supply.

However, Samsung and Intel both have plans to construct new chip production factories in Texas and Arizona. These production facilities will be great for the future of the computing industry, but these factories take years to construct and will likely not be able to produce chips until after 2024.

How The Chip Shortage Will Affect Businesses

The impact on the business world will be due to the fact that there will be fewer devices produced in the next several months.

There will likely be limited availability of:

You will likely have to compromise for what is available rather than exactly what you were looking for and will likely be subject to an increased price point as well.

There is already some shortage of laptops and network electronics, with delays up to 2-3 months. If you are planning on new hires, an office move, or a server refresh, plan on ordering your new equipment now. With extensive delays and low supply, you will need to in order to receive them on time. The chip shortage is still impacting supply chain operations all over the world, and it would be prudent to order the devices you will need in the future now to avoid the risk of not having the devices your business needs in the future.

If you have any questions or would like to inquire about upgrading your business’ IT, contact us today!