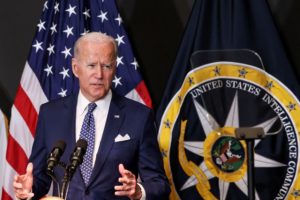 President Biden recently signed a national security memo looking to strengthen cybersecurity for important infrastructure. This has come about after a series of ransomware attacks on the US that raised concerns about vulnerabilities.

The memo included directions for federal departments and called for private organizations to take greater action on cybersecurity.

The memo requests the Department of Homeland Security and Department of Commerce to develop goals for cybersecurity performance for critical infrastructure.

The move also established an industrial control system cybersecurity initiative, which has been officially described as a “voluntary, collaborative effort between the federal government and the critical infrastructure community to facilitate the deployment of technology and systems that provide threat visibility, indicators, detections, and warning.”

Officials stressed that despite the directions being voluntary, the government can not do it on its own and the private sector must also do its part.

A string of ransomware attacks that have hit the United States have directly impacted Americans and disrupted logistics in several industries in the country.

When a ransomware attack occurs, it typically involves malware that renders the system or device unusable. Cybercriminals then demand some form of payment in exchange for the restoration of the systems.

A recent ransomware attack against the software provider Kaseya, which was made public in early July, spread to thousands of networks across the US and several nations in Europe.

In May of this year the hacker group DarkSide, who are suspected to have ties to Russian criminal organizations, launched a ransomware attack on the Colonial Pipeline that forced a shutdown of 5,500 miles of pipeline and created a major gas crisis on the East Coast. Due to the severity of the attack, the company paid $5 million in ransom to regain control of the pipeline and resume operations. After the attack, US law enforcement was able to recover $2.3 million of the ransom in bitcoin. However, the FBI has warned victims that paying the ransoms could encourage other hackers to launch more attacks.

To take charge of your business’s cybersecurity, contact us today!