Changing Cybersecurity Metaphors We Use 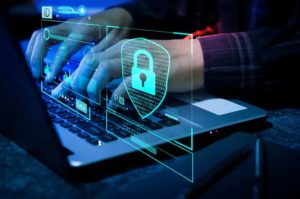 The metaphor people often use when they talk about cybersecurity is that of attack. While it’s understandable that one would associate cybersecurity with attack, this language aims our solutions outward at the attacker, with tools focused on things like defense and threat assessment. In short, we focus on the bad guys.

Instead, we should think about cybersecurity keeping an organization’s systems healthy. Now our attention is turned to internal monitoring, risky behaviors, and eliminating vulnerabilities.

Focusing on the perimeter and how the bad guys are getting in, forces organizations to fight back on the attacker’s terms. They end up utilizing new tools, without thinking how those new tools might affect the cyber defenses they already have in place. In short, organizations give up the home-field advantage that comes from having detailed knowledge of their own systems and data.

Take phishing for example, where hackers try to entice people to click on malicious links in emails with the aim of stealing user credentials. Successful phishing tactics gave birth to cyber tools that let users know if links are safe to click. However, phishing is just one of the many ways hackers steal credentials. Deploying separate tools to protect against each kind of attack isn’t practical. Two-factor authentication, however, makes stolen credentials useless regardless of how the attacker obtained them. This solution addresses the correct operation of a system, not the specific type of attack itself.

Regardless of how a breach occurs, hackers have a very limited set of actions they can take to execute an attack once entry is gained. These actions allow the hacker to become a privileged user on the system to steal or corrupt data, and/or execute commands that can cause the system to break down. Detecting and neutralizing universal actions is more efficient than trying to detect every which way those actions might be combined or every trick hackers might use to evade detection.

These scenarios make for a compelling argument for talking about cybersecurity in terms of health rather than attack. The bad guys don’t dictate the terms of engagement anymore. They can use any technique they want to disguise their approach because the approach doesn’t matter anymore. If proactive organizations stop hackers from executing, they won’t have to stop them from getting in.

This way of thinking will allow organizations to achieve full protection with fewer solutions. They won’t need to constantly assess the threat environment; that activity is now left for security researchers. An attack by Russia would be neutralized the same way as an attack by an amateur hacker because when it comes down to executing, they have the same set of actions available to them.

This may not be as news worthy or dramatic as the idea of engaging in a mind-to-mind “war” with the attackers, but it would be much more effective.